Today I'm happy to be part of the book tour for Twenty-Four Days, the new book by Jacqui Murray. If you're into high-tech thrillers, you'll want to check it out.

I asked Jacqui if the tech in this book was really possible and this was her response:

Absolutely. It takes real laws of physics—science in general—and extrapolates intelligently on those to what could be if there was time and money. It follows the model of what is commonly referred to as Star Trek Science. But in the case of Twenty-four Days science, you don’t have to wait centuries. It’ll probably be around in a matter of decades.

So check out the book info and the included excerpt below. 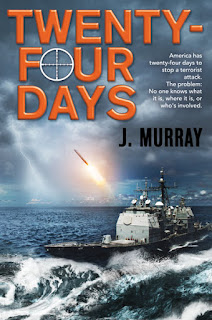 A former SEAL, a brilliant scientist, a love-besotted nerd, and a quirky AI have twenty-four days to stop a terrorist attack. The problems: They don't know what it is, where it is, or who's involved.


Excerpt from the book:


What customers are saying about this series:
J Murray’s long anticipated thriller, To Hunt a Sub, is a satisfying read from a fresh voice in the genre, and well worth the wait. The time devoted to research paid off, providing a much-appreciated authenticity to the sciency aspects of the plot. The author also departs from the formulaic pacing and heroics of contemporary commercialized thrillers. Instead, the moderately paced narrative is a seduction, rather than a sledgehammer. The author takes time rendering relatable characters with imaginatively cool names like Zeke Rowe, and Kalian Delamagente. The scenes are vividly depicted, and the plot not only contains exquisitely treacherous twists and turns, but incorporates the fascinating study of early hominids, and one ancestral female in particular who becomes an essential character. The narrative might have benefited from language with a crisper, sharper edge, but that is purely my personal taste and preference and takes nothing away from the overall satisfaction of this novel.

One thing I enjoyed about this read is the technical reality Murray created for both the scientific and military aspects of the book. I completely believed the naval and investigatory hierarchy and protocols, as well as the operation inside the sub. I was fascinated by her explanation of Otto's capabilities, the security efforts Kali employs to protect her data, and how she used Otto's data to help Rowe.

The research and technical details she included in this book had me in complete awe. A cybervirus is crippling submarines--and as subs sunk to the bottom of the ocean, I found myself having a hard time breathing. It's up to Zeke and Kali to save the entire country using their brains. If you love thrillers, this is definitely one you can't miss! 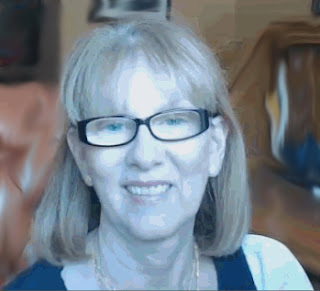 Author bio:
Jacqui Murray is the author of the popular Building a Midshipman

, the story of her daughter’s journey from high school to United States Naval Academy, and the thrillers, To Hunt a Sub and  Twenty-four Days. She is also the author/editor of over a hundred books on integrating tech into education, adjunct professor of technology in education, webmaster for four blogs, an Amazon Vine Voice book reviewer,  a columnist for TeachHUB, monthly contributor to Today’s Author and a freelance journalist on tech ed topics. You can find her books at her publisher’s website, Structured Learning.
..
Quote from author:
What sets this series apart from other thrillers is the edgy science used to build the drama, the creative thinking that unravels the deadly plot, and the Naval battle that relies on not just fire power but problem solving to outwit the enemy.
Social Media contacts:
http://twitter.com/worddreams
http://facebook.com/kali.delamagente
http://pinterest.com/askatechteacher
http://linkedin.com/in/jacquimurray
https://plus.google.com/u/0/102387213454808379775/posts