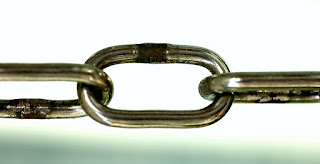 I've been on vacation for a few days and never got around to posting last weeks writing links.  Here they are now, since I probably won't have a chance to write my normal Wednesday post this week.

Enjoy the links and have a great week!

Is It Ever Okay to Lose Money on Advertising?

Making Characters Stuck in the Background Pop Out

Fixing the Mary Sue Character in Your Story

Insights into Your Midpoint Scene

The Trouble With Action

I apologize once again for the lack of activity on this blog. It’s not that I’m losing interest or running out of things to say, but I’ve hit a sticking point in my story (the same one I mentioned a couple of weeks ago) and I’m loathe to spend time here until that issue is resolved. However, the fact that I’m posting today is a good sign. I think (fingers crossed) I’ve decided how the scene should resolve itself and how the MC is going to get there. I may turn out to be wrong—it won’t be the first time—but I’m staying hopeful.

We all know how important it is to have other eyes on our work, especially those of us who are still working on our first book. We often have no idea how bad our writing is at the beginning—what our weaknesses are, what’s missing in our stories, cringe-worthy dialogue, etc. Even after we have a few stories under our belt, we still need that vital feedback because we’re often blind to our own problems.

Last week, at one of my critique group meetings, the nominal head of the group spoke to one of our newer members about their latest submission. She complimented the writer for already being at a place on her writing journey where her words were in reasonable shape. There were still a few problems, but as the leader pointed out, new writers often have so many problems with their writing that it’s hard for the critiquers to know what to say or where to begin, and this writer was definitely past that stage.

All well and good, but as the leader was saying all this, she kept glancing back at me, as if expecting me to confirm this or something. Finally, after about the fourth look, I finally asked her why she kept looking at me, and after she hemmed and hawed for a while without actually answering, I finally realized she had been talking about me.

I’ll admit I was stunned. I’ve been getting good reviews on my submissions over the past twelve months and this very same leader had publically announced (more than once) that my writing had grown immensely over the past year or so, and how much she enjoyed reading my submissions. So all is good now, but apparently, back when I joined the group three years ago, my writing was pretty bad. Bad as in “we don’t have enough time to tell you everything that’s wrong, but here’s a partial list of where you might want to start.”

I went back and looked up some of my earliest submissions to the group, and yeah, there were some glaring problems that would have been hard to critique. Nothing technically wrong, the grammar and punctuation were fine and the sentences made sense, but my submissions were full of sentences that didn’t quite fit together. There was no glue to bind them together into a coherent whole; no mortar to smooth out the bumps and potholes. In other words, it was kind of hard to figure out where my story was going. But somehow, the advice my crit partners gave me at the time pointed me in the right direction and as a result, I’m a much better writer today.

So the next time I’m asked to look over a submission that turns out to be a mess, I’ll think back to when I first began many years ago and remember that we were all newbies once. When we didn’t know what we didn’t know.

P.S. Actually, if I had known what I didn’t know back then, I probably would have given up writing right then and there. Ignorance does have its advantages. 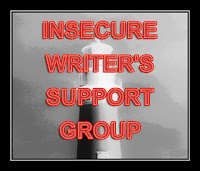 I'm stuck on a particularly vexing scene and the wall next to my desk has dents in it from all the head banging I've been doing trying to figure my way past that scene. Oh well, it’s not the first time this has happened and it won’t be the last.  I’ll figure it out eventually and move on, so let's jump to the IWSG question of the month.

What are your pet peeves when reading/writing/editing?

My biggest pet peeve involves reading.  Over the past six months, I’ve noticed more and more books within certain genres are beginning to sound remarkably similar.  Take paranormal fantasies, for example.  Almost every one I see these days starts out in exactly the same way. The main characters all sound the same. The eventual love interest always sounds the same. The worlds sound the same. The writer's voice sounds the same.  It's like the authors are following the same template.  I know every genre has certain conventions a writer must follow, but come on people, at least try to be a little original.

Space operas are beginning to show some of the same problems, although at least they have the advantage of having five or six standard ways for them to begin.  The ex-prisoner/retired spacer/old miner who  just wants to retire in peace, but who immediately gets pulled into something that will decide the fate of the galaxy.  Or the bounty hunter/space scavenger/salvage reclamation person who discovers an ancient alien artifact that will decide the fate of the galaxy. There's nothing wrong with these themes, but it's gotten to the point where you could swap first chapters between these books and not notice the difference.


Have any of you noticed the same trends?

P.S. For those of you who write paranormal fantasy and space opera, I'm obviously not talking about you. :)