Can Kaylyn figure out how to stop a spirit that has been looking for her since she was a child?

Kaylyn Anderson's fascination with abandoned places and dark creatures kindled her work as a paranormal investigator. But when dreams begin to distort reality, she questions what is real and pulls away from everyone she trusts. The opportunity to investigate the Teague Hotel--a long-abandoned landmark that has always piqued her curiosity--provides a chance to redeem herself. Unraveling the hotel's secrets won't be easy, but Kaylyn soon finds herself the target of a dark entity that has been trapped in the building for decades. If Kaylyn stands any chance of defeating the spirit, she'll have to accept that her fears are real and convince fellow investigators that she hasn't lost her mind. Buy your copy on Amazon Read the first 3 chapters on Wattpad Follow along with the Release Tour for interviews, excerpts, reviews, and a chance to win a signed paperback (US), bookmarks and Fractured Legacy swag in the Rafflecopter giveaway.


About the Author: Skye Callahan

Skye Callahan was born and raised in Ohio and has seen enough unbelievable stuff to feed a lifetime of paranormal stories. When not writing or working at the dayjob, she hangs out with her ethnomusicologist husband and pet ferrets, reads, and takes long walks through the cemetery. Facebook | Twitter | Goodreads | Blog
Posted by Chemist Ken at 8:41 AM 1 comment:

It's been a busy week for me, both at home and at work.  So much so that I didn't even post on Wednesday.  At least I can make it up to you with more writing links.

Copy-editors: What They Really Do

The ABCs of Self-Publishing

The Characteristic Moment Belongs at the End of Your Book Too

Learning How to Blog—the Hard Way 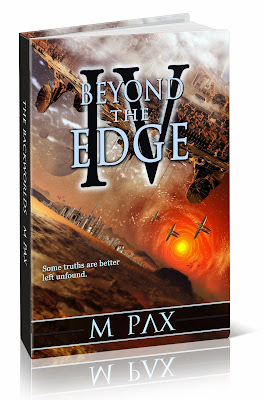 I’ve been thinking about showing vs. telling a lot this week, mostly due to a pairof blog posts by Janice Hardy  and Jami Gold. Janice wrote a nice post describing the differences between telling and showing, including several “before” and “after” versions of the same passage. Good information, and I suggest you stop by and read it. However, some of the “before” passages, the ones with more telling, sounded pretty darn good to me.  And it would never have occurred to me that they required fixing. Was I clueless or what? After some back and forth comments, we agreed that the "before" versions weren’t all that bad. Janice was just demonstrating how to make the wording even better.

Still, I wonder if I’m ever going to grasp the concept of showing in any meaningful way. I understand the basics – don’t tell us character emotions, show us through their actions. Don’t tell us their motivations, let us figure it out based on what you have the character do. I get that. But anything more subtle than that? Forget about it. I can’t see it. And even when someone else points out my sentences are telling, I’m often at a loss as to how to fix it – at least without turning my sentences into a wallowing, stinking mess.

I suspect part of my problem stems from my personality. I’ve always been a “just the facts, ma’am” kind of guy. Tell the reader what’s happening and get on with the story already. And to be honest, I find books that have a fair amount of telling to be much more readable. Too much showing often leaves me with the impression the writer is either trying to pad his word count or trying to avoid telling me what’s going on—like a politician giving a speech—hinting at what’s happening instead of coming right out and telling us in plain speech.

Maybe that’s why I’m not published yet. Well, that and the fact that I haven’t finished my book.

What we need are some good books dedicated to the art of showing.


P.S. My 3 month old silver Ford Focus was side-swiped this morning by a driver pulling out of a fast food parking lot without looking. I am sad. (Hmmm… I guess that’s telling, isn’t it?)

Not much to say this week, other than the fact that I spent most of it trying to figure out social media.  Oh well, I'll get it eventually.  At least I've made some small progress on my story.

Misdirection: Why We Have to Fool Our Readers

My Type (of Character)

Why You Should Be Blogging Your Origin Story

Because of social media.  (Shivers).

It's no secret I'm not very savvy when it comes to social media.  I've always been a bit of an introvert, and I've never been very comfortable with the idea of sending out updates on the status of my life or my current thoughts. I've toyed around with Twitter, but most of my tweets are direct messages (DMs) to people I know. One big barrier is the fact that I can't connect with either Twitter or Facebook at work.  And after I come home, eat dinner, and take care of family responsibilities, I only have about an hour or two to spend on social media and writing.  And every minute I spend on Twitter is one less minute I could be writing.  Besides, I feel silly retweeting something that happened eight hours ago.

I guess you could say I spend more time and energy avoiding social media than I do using it.

My lack of social media kung fu was brought home to me last week during Melissa Maygrove's Follow Fest.  I made many new social media connections during the blogfest, but if I don't get onto Twitter soon, I'm not going to be interacting with any of them.

So here's my current status on the various social media sites:

Facebook:  Haven't updated it for years, although I do occasionally post on blogs of friends and family. Haven't decided if I going to stick with a profile page or create a fan page once I'm published.  But if I don't start posting on Facebook regularly, what difference does it make?

Twitter:  It's been so long since I've even checked on Twitter that I only just discovered my version of TweetDeck is so old it won't even run.  And there doesn't appear to be an updated version for Linux, which is what I run on that particular computer.  What do you guys say?  Should I put Windows back on my computer or should I look into Hootsuite?

Pinterest:  Finally followed a few other people's boards this week.  Haven't uploaded any new pictures in half a year.

Google+:  Didn't even remember I had set up an account until a few people asked to connect with me. Embarrassing!

Goodreads:  I've had an account for over a year, but--no surprise--haven't done anything with it.  Not even sure what my password is.  Bad writer!  Bad, bad writer!

Amazon Author Page:  Almost makes me glad I'm not published, so that I don't have to worry about starting one up... yet.

ISWG: At least I've been diligent here, slowly working my way down to number 60 on the ISWG list.  My goal is to make it to 50!

The co-hosts this month are Julie Luek, Rachna Chabria, Beverly Fox, and Ilima Todd!  Be sure to stop by their blogs and say hello.

BTW.  Good luck to Alex with his new book, CassaStorm.