You Mean I'm Not Going To Write Any Faster?

After spending the last month working on the first chapter of my new book, I’ve come to the following startling conclusion.

Anyone who's been reading this blog regularly knows this. My CPs figured it out a while ago. So did my wife and kids. Even my cats are beginning to catch on. So why do I mention this now? Because I naively thought much of my slowness had to do with being a newbie writer, which meant the writing should go more quickly with the second book.

Nope. Just as slow as before.

I still have to go over scenes again and again, rearranging the sequence of events, changing the scene’s focus, adding or removing characters, and putting in the most basic of details. Scenes don't pour forth from my mind, I have to shake them loose one little piece at a time. I find that slightly depressing, but at least I now understand that this is the way I write. And I'm okay with that. Because I know if I keep plugging away at a scene, it will eventually come together.

It's not all bad news, though. I do know I'm avoiding many of the mistakes I made the first time around, so the editing process should go much faster. Or at least that’s the plan. We’ll see.

BTW, I just realized it's been one year since I met my first CP. Thanks for sticking with me, Sher. Drop by her blog and read her reviews and blog tours.
Posted by Chemist Ken at 11:51 AM 9 comments:

The Urge To Infodump

It’s a very exciting time for me right now. As I mentioned last week, I’ve begun work on another story and my desk is covered with pages of notes on characters, subplots, and world-building details. World-building isn’t something I’ve had to do before. My previous story was fan fiction, and even though that story had all new characters and plotline, it still used someone else’s world. This time, I have to build the world myself.

I’ve been constructing this world in my head for the last six months, filling it with all sorts of interesting details about how it all works and how it will impact the MC. It’s beginning to come together, which makes me happy, but now that I’m writing some of the early chapters, the urge to infodump is growing exponentially and threatening to burst out of my chest. Kinda like that little critter in Alien.

It’s only natural. All these world-building details are burning a hole in my notebook and it’s hard not to want to deliver this information to the reader ASAP. I want the reader to enjoy it as much as I do. But that’s one of those bad habits a writer needs to constantly fight against. I may want the reader to get to know my world quickly, but that’s not what’s best for either the story or the reader—especially if the information is delivered via an infodump.

Infodumps can drag a story to a halt. And even if they’re written in an entertaining way that keeps the story moving forward, there’s still a problem. Releasing information too quickly robs the reader of some of the excitement. In many sci-fi and fantasy stories, half the fun is in discovering the world and how it works. This works best if you dribble out information a little bit at a time and give the reader the chance to wonder why things are as they are. If you dole it all out at once, the reader never has a chance to ask himself why. Why are all the birds in this world red? Why can’t the mage perform magic in the presence of fire? Give the reader a chance to ponder those questions a while before you explain it to him.

It’s okay for your first chapter or two to act as placeholders for your infodumps. Just make sure you move them somewhere else in the story later.

Anyone else have trouble with early infodumps?
Posted by Chemist Ken at 4:24 PM 2 comments:

Email ThisBlogThis!Share to TwitterShare to FacebookShare to Pinterest
Labels: infodump

The Insecure Writer and Taking The Plunge


What makes me an Insecure Writer this month?

My decision to begin work on a manuscript that could, theoretically, be publishable at some point.

If you’ve kept up with this blog the last two and a half years, you’ll know I've been teaching myself to write fiction by writing a story set in Hogwarts, the school of magic invented by J.K. Rowling.  But while I've learned a lot about writing during the last 3+ years I've spent on that story, it's dawned on me that there is nothing wrong with learning about writing while working on something I can actually publish. In other words, I no longer plan on waiting until my fan fic story is finished before I start exploring my own story worlds.

Why am I doing this now? The answer, quite simply, is a matter of patience (or lack thereof). It’s hard to hear about other writers* querying and hooking up with agents when I haven’t even started writing anything that could be queried. Finding critique partners and beta readers can be difficult (and even a little embarrassing) when all you have is fan fic. (I already have two CPs who don’t mind fan fiction, but I could always use more.) And I can't imagine submitting fan fic for an excerpt critique. And the only way I'm going to solve these problems is by taking the plunge.

I've had a story in the back of my mind for over a year now; full of magic, castles, and fourteen-year-olds risking their lives in bizarre and entertaining ways. I attempted to write this story during NaNoWriMo last November, but I only hit 25k words before I conceded the outline needed massive amounts of help and shut everything down. But over the last several months I’ve reworked the plot and feel ready to try again. My new end of year goal?  Finish both the final draft of my fan fiction story and the first draft of my new story. My CP is going to be busy. Sorry Sher. 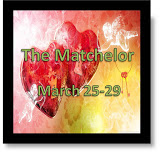 BTW, for those of you looking for critique partners or beta readers, scoot right on over to the Falling for Fiction website. They've got a match-making service going on this month called The Matchelor. I'll definitely be signing up!

*BTW, congratulations to Juliana Brandt.  I’m jealous in a supportive kind of way.:)
Posted by Chemist Ken at 8:31 AM 24 comments: