Congratulations to William and Catherine

The title says it all. No I'm not British, but as an confirmed Anglophile, I sometimes wish I were.

I don't know if any of you saw the ceremony, but I caught most of it, and although the commentators were mostly concerned with who was wearing what, I was far more interested in the views of Westminster Abbey. Man, that place is magnificent! I've been there in person, but some of the views from the more strategically placed cameras were just awesome.

It's no secret I'm fascinated with old buildings, castles, and ruins in general. Just can't get enough of them. It's one of the reasons I'm I'm writing a story based around Hogwarts.

Sigh. I wouldn't mind retiring in Britain some day. Perhaps if I make a ton of money writing fiction....
Posted by Chemist Ken at 12:22 PM No comments:

Showing Vs Telling: Whom Should I Believe?

Maybe it's just me, but lately it seems everyone is blogging about "showing vs. telling." And for this I wish to thank the blogosphere. "Showing" has been one of the hardest concepts for me to grasp as a writer, and even after working on my story for nearly two years, I'm still struggling with the concept.

Now I do understand it well enough to catch the more obvious cases. For example, I realize

Everyone in the room was nervous.

is telling. And I know it's better to "show" that everyone was nervous.

Jane paced around the room in circles while George kept wringing his hands. (Lame I know, but whatever. I'm writing this during lunch.)

It's with the less obvious examples that I run into trouble and part of this confusion stems from the fact that not everyone agrees on what constitutes telling. It's easy to find conflicting views scattered across the myriad of writing blogs available. Even worse, writers often can't even agree on the amount of telling that should be allowed. On one end of the spectrum, I'll hear experts say that you should "always" show, whereas other writers will acknowledge that some telling is okay, perhaps even necessary at times, in order to keep the reader's attention. After all, showing often involves describing things to the reader in a less direct manner than telling, which requires more work on the reader's part to translate. This extra work is what makes the reader more emotionally involved -- one of the reasons for showing -- but too much showing will wear them out.

BTW, I'm firmly in the latter camp. Unless the author is very, very good, I find books that strive too hard to avoid telling often sound too writerly, and I usually put them down, unable to get into the story. On the other hand, I loved the Harry Potter books and there was a lot of telling mixed in there with the showing.

I recently came across a post by Victoria Mixon in which she discusses exposition and whether or not it should be in your story. She writes:

"Now, when you write in exposition—when you tell your story instead of showing it—you’re putting yourself in front of your characters and interpreting what they go through for your readers.

Readers don’t like that. It’s talking down to them. They really prefer to interpret for themselves."

Now, Victoria dispenses a lot of excellent advice on the art of writing, and I would strongly encourage you to read her blog, but on this point I have to respectfully disagree. Sure, poorly written exposition that's stuck into the story to make things easier for the writer is not a good thing, but for me, well written exposition can be just as enjoyable to read as dialogue. It pulls me into the world, not out of it. Just ask fans of JK Rowling or Douglas Adams (Hitchhikers Guide to the Galaxy). Neither of them made me feel as though I was being talked down to, despite long sections of exposition. IMHO, a good dose of well written, enjoyable, and sometimes humorous exposition can be a good thing.

Now I admit that I'm still an amateur and there are plenty of things I don't know, but the Harry Potter books were rather successful, and this leaves me with a bit of a dilemma. Here I am, reading books and blogs, trying to learn how to write well, so that an agent might take me seriously someday, but at the same time I'm practicing my craft by writing a story set in Rowling's world, in Rowling's style; a style that broke a lot of the so-called rules of writing (exposition, narrator intrusion, a multitude of adverbs, unusual dialogue tags, etc.)

Who should I listen to?

Perhaps you can argue that the Harry Potter books, at least the early ones, were MG, so the rules don't apply as much, but I have no idea. If that is the reason, I suspect my first real book will no doubt be MG.
Posted by Chemist Ken at 3:24 PM 3 comments:

Heating Vent Zombies Are Back!

Two posts ago, I said something about the end of heating vent zombies. [Shakes snow off feet] Nevermind! Damn Michigan weather!
Posted by Chemist Ken at 12:27 PM No comments:

Email ThisBlogThis!Share to TwitterShare to FacebookShare to Pinterest
Labels: weather

Yet Another Periodic Table!

What's with all the periodic tables having to do with writing these days? Now from Let The Words Flow I find out about the Periodic Table of Storytelling. When will the madness end? 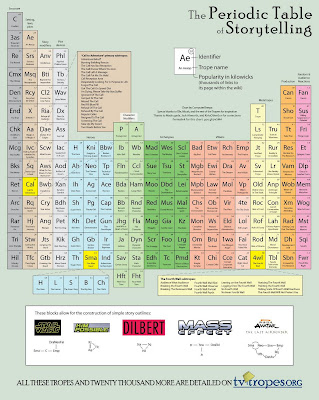 Posted by Chemist Ken at 2:18 PM No comments:

Yes! We hit 80 degrees yesterday here in Michigan. Must have brought this awesome weather back with us from Florida. If we're lucky, this may just mean the end of heating vent zombies. 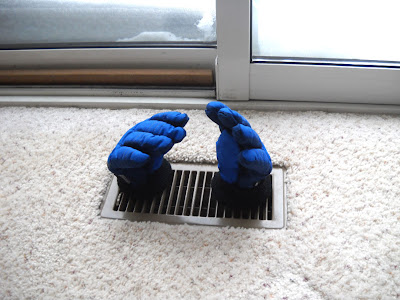 I Survived Harry Potter and the Forbidden Journey!!!!

Yesterday, my family and I returned from a four day trip to Orlando – three days at Universal Studies theme park and one at Disney's Epcot. It was an excellent time; the weather cooperated (for the most part), no one got sick (at least not until we got back home), and I’m extremely happy to report I rode the Harry Potter ride three times.

You have no idea how surprising that last bit is.

You see, I’m a huge chicken when it comes to rides. I hate the dropping sensation that comes with rollercoasters, or log flumes, or even fast elevators. Just absolutely hate it. The stuff of nightmares. So when I read reviews of the ride that mentioned there was at least one sharp drop, I was sure I was going to have to pass.

On our first day at Universal, we made a bee line to the Hogwarts area. Hogsmeade was nicely done, although seeing fake snow on the roof of the buildings seemed weird in 80 degree weather. We tried butterbeer, which I was told was JKK Rowling's own concoction (or at least had her seal of approval). Conclusion: not too bad. We checked out the merchandise in the gift shops, but unfortunately all the things I was interested in purchasing were the props used to make the shops look more authentic. Too bad. Then we headed to the Harry Potter and the Forbidden Journey ride.

I waited in line with the family, since the queue takes you through a nice tour of Hogwarts, but I left before it was time for the ride itself. After they finished the ride, my wife and daughter worked very hard to convince me that there really wasn’t much of a drop and that I would love the experience. Had it been any other ride, I probably wouldn’t listened, but... it's A HARRY POTTER ride. Who was I kidding? I love the world of Harry Potter, I wish I had been able to attend Hogwarts when I was a student, and I'm writing a book based around Hogwarts. How could I not take the chance? I might regret it forever.

So I rode the Harry Potter ride.

And it was wonderful.

For those of you who haven’t been on the ride, there are several times where it convinces you that you're diving toward the ground at breakneck speeds, but the effect is almost all due to the video you see in front of you (or actually below you, since you are facing straight down when this happens). You don’t physically drop all that much; but your mind tells you that you're accelerating downward. Close your eyes and the effect vanishes. Amazingly, it was the drops that I looked forward to the most on subsequent rides. (BTW, I did not close my eyes.)

As I expected, being surrounded by Harry Potter paraphernalia has motivated me to work even harder on my Hogwarts book. Not that I needed any additional motivation. I was, however, reminded that the movies and the books don't always match. And since I've made the decision to base my book on Rowling's books, and not the movies, I'm going to have to work hard to ensure I don't get them mixed up when writing.

Now it's time to recover from the vacation.
Posted by Chemist Ken at 11:56 AM No comments: