A Step by Step Guide for Submitting to a Writing Contest

I'm privileged to have Renee Cheung on my blog today to give us pointers on submitting to a writing contest. As one of the authors whose story was chosen to be included in the Insecure Writer's Support Group anthology, Hero Lost, I suspect she might just know a thing or two about the subject.

Take it away, Renee!

(Also known as dealing with demons and whispers.)

Today I’d like to share with you all my personal process that I went through to submit to the IWSG writing contest that resulted in the Lost Hero Anthology. It may not be your shtick but maybe you’ll find a helpful tip or two here. That or I will be coming off as certifiable insane. Well, at least you don’t know exactly where I live.

(1)  Think of a story
Without this first step, there wouldn’t be much to submit right? So without further ado, let's begin. Start by letting the theme of the contest expand in your mind. Look at your surroundings, look inwards, look outwards. Think about it while you are chewing. Think about it while you are sitting on the can (or in my case, while showering). But whatever you do, don’t let it stop percolating in your mind. If you ignore the whispers, they will go away eventually and as an author, you don’t really want that, right? (Unless you’re truly insane, in which case, carry on.)

(2)  Let worry convince you it’s not good enough then do it anyways
Ah, the demons of doubt. The insidious, bad kinds of whispers that always beats down the story before it even has a chance to form. Sometimes there’s just no helping the nagging that goes on and on. So what to do but accept that the story is not good enough but stick with it anyways. Just to spite those demons. Because it’s fun to be spiteful.

(3)  Write like all of hell is on your heels
Whoever said revenge is best served cold obviously knows nothing about the pleasures of instant gratification. So in the spirit of being spiteful, write, write and write. Race headlong and let the words pour out, no matter how nonsensical. Afterall, if you are hearing whispers, you’re crazy anyways so you are just living true to your nature. Also if you are too busy listening to the whispers, you are too busy to give the demons much attention. See, another way to be spiteful!

(4)  Rip it apart
Okay, so you’re done and inevitably those demons have caught up to you. This is the hard part but maybe also the most fun. Listen to those demons, let them rip your writing apart. But then what do you do? You fix your story bit by bit. It’s kind of like pottery. In the previous step, you have shaped the blob of clay into some semblance of a thing and now it is time to actually give it definition and details, so let those demons, unwitting as they are, help. Actually it’s a lot of like that creepy stalker pottery scene from Ghost.

(5)  Don’t expect much (but let your loved ones and friends convince you that you are awesome)
Your expectation is probably the an all-time low at this point so good job, you’ve completed the first half of this step with no effort! As for part 2, you’re planning to share the story anyways so you might as well share early and get a cheerleading squad behind you. At least your loved ones have to have some compliment for your story, even if it is a critique sandwich.  This way, you can try and gather some shred of your confidence back from the brutal time you had in the last stel. Also wine and ice cream. Sometimes ice cream in the wine.

(6)  Send it to your writing buddies and brace for the worst
Okay, so now is the time for real feedback. Your demons have gorged themselves so hardcore on your doubts that they are pretty useless to you at this point. Time to turn to better help and brace for impact. All good things that are good for you hurt or taste bad in some way, like cough medicine, right? But hey, there are bound to be more critique sandwiches. Mmmm... sandwiches.

(7)  Close your eyes and hit the send button
Okay, so you have revised and revised and at some point you are going to have to stop. The demons are cackling by now because they think you have given in and are stuck in revision land. So what better way to go “BAM! IN YOUR FACE!” then hitting the send button? I know it has been a few steps but we are trying to go for spiteful here, remember? In the words of the great Nike advertising campaign slogan: Just Do It.

(8)  Move on (or try at least)
That’s it! The demons are probably on the defense now, telling you that you will never win but hey, that’s just them trying unsuccessfully to be spiteful. Afterall, it's done and out of your hands. Go have some pie, or some wine, or more ice cream, or all the above! You have appeased the whispers of inspiration so go celebrate. Also stop dwelling. Yes I am talking to you. Oh you will dwell but that’s why you go back to step 1. Now go, feed the inner crazy.

And that’s how Memoirs of a Forgotten Knight became what it is. As authors I think we are all a little neurotic at times with our craft. What are your quirks in your writing process?

Renee uses her years of experience as a developer to write about the what-ifs of magic and technology. When she is not suspiciously peering at her computer in between her writing, she can be found roaming the streets with her family or gaming (whether it’s video games, board games or table-top RPGs) with her similar-minded friends. 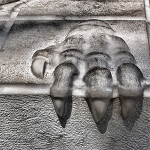 Memoirs of a Forgotten Knight

Long ago, before the Unseen migrated into servers and networks, a hedge-knight sought to save a village from a dragon. But being a hero always has its price. 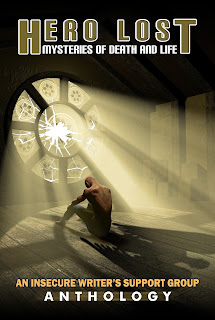 Can a lost hero find redemption?

What if Death himself wanted to die? Can deliverance be found on a bloody battlefield? Could the gift of silvering become a prison for those who possessed it? Will an ancient warrior be forever the caretaker of a house of mystery?

Hand-picked by a panel of agents and authors, these twelve tales will take you into the heart of heroes who have fallen from grace. Join the journey and discover a hero’s redemption!