Why Can’t Our Characters Just Get Along? 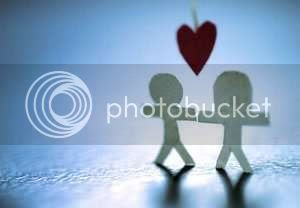 When I began writing my story, my MC didn’t have much in the way of problems with the other characters. The bad guy didn’t see eye to eye with him, of course, and one of the other major characters had no respect for him, but other than that, the rest of the cast were on pretty friendly terms with the MC. And the guy who didn’t respect him grew to like him long before the end of the book. Basically one big lovefest, I guess. I didn’t see a problem with this approach at first, but as I learned more about the concept of conflict and tension, I discovered this lack of tension made my story a little too boring.

After reading oodles and oodles of blog posts and craft books pointing out how your characters always need to be at odds with something or someone, I began to change how the other characters felt about the MC. It was a slow process (I tend to get along with other other people and don’t have a lot of conflicts with which to draw inspiration), but now almost everyone in the book either ignors or hates my MC. Even his best friends are constantly telling him what he’s doing wrong all the time. And these changes have made the story stronger. The MC now has to find a way to get along with everyone, since he needs their support in order to succeed with his overall goal.

Besides, it's more fun to write dialogue when the speakers don't get along.

So I ask you, how long was it before your characters starting hating on each other?
Posted by Chemist Ken at 2:26 PM