Wednesday morning edit: Whoops, I forgot this was the first Wednesday of the month, so this won't be much of a Insecure Writers Support Group post.  Right now, my biggest insecurity (other than the worry I might fall off Alex's list), involves all the wonderful books being released by my writer friends.  Books whose words flow better than mine.  Books written many times more quickly than I could ever hope to write.  Books with professional looking covers.  Books that make me wonder if I'll ever finish my book. Etc.

That's enough whining for today.  Time to get back to writing.  Enjoy the regularly scheduled post below.


To celebrate Monday's release of Walking Shadow by Emma Adams, today I'm reviewing Darkness Watching, the first book in the Darkworld Series.    There's more information about this series after the review, along with a Rafflecopter giveaway. 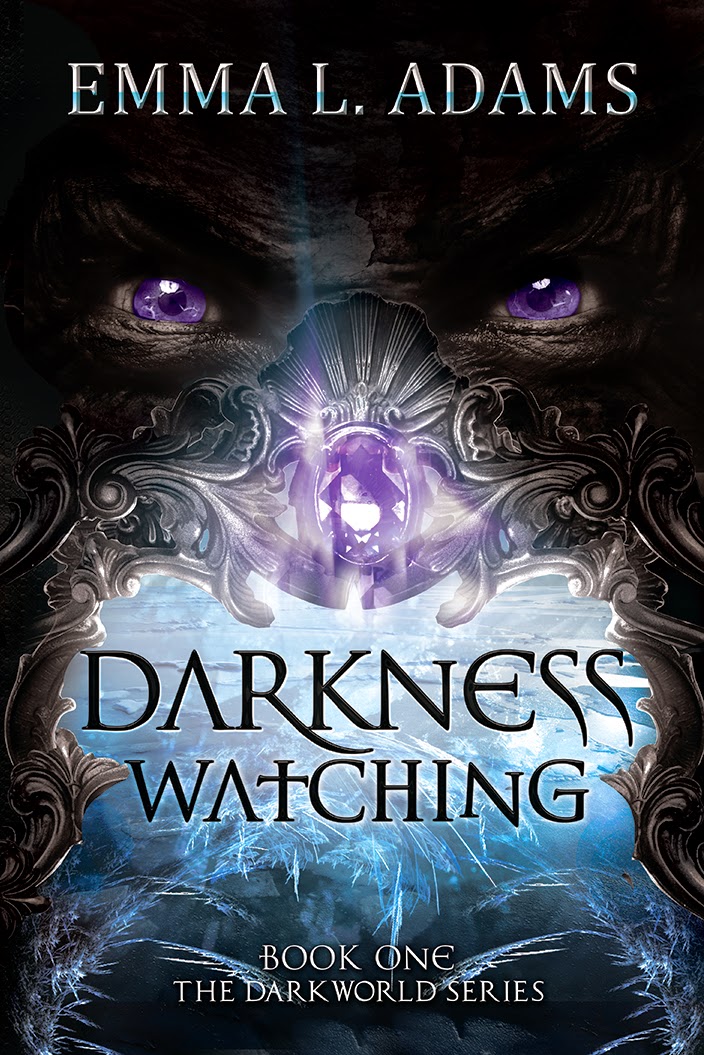 First, let's take a look at the book blurb.

Eighteen-year-old Ashlyn is one interview away from her future when she first sees the demons. She thinks she's losing her mind, but the truth is far more frightening: she can see into the Darkworld, the home of spirits– and the darkness is staring back.

Desperate to escape the demons, Ash accepts a place at a university in the small town of Blackstone  - little knowing that it isn't coincidence that led her there but the pull of the Venantium, the sorcerers who maintain the barrier keeping demons from crossing from the Darkworld into our own world.

All-night parties, new friendships and a life without rules or limits are all part of the package of student life - but demons never give up, and their focus on Ash has attracted the attention of every sorcerer in the area. Ash is soon caught between her new life and a group of other students with a connection to the Darkworld, who could offer the answers she's looking for. The demons want something from her, and someone is determined to kill her before she can find out what it is.

In a world where darkness lurks beneath the surface, not everyone is what they appear to be...

Eighteen-year-old Ash doesn’t know it yet, but she’s special. After all, not every university student has to spend their nights fending off shadow creatures and solving magical mysteries.

At first glance, Darkness Watching will seem familiar to readers of this genre. First off, Ash begins seeing scary, purpled-eyed creatures no one else can see. Then she receives an invite to attend Blackstone, a school she doesn’t remember applying to. And once she arrives at the school, it doesn’t take long for her to discover that not only does she have an affinity for magic, but that some of the other students do as well.

But that’s where many of the similarities to other books end. It’s not your typical magically-imbued girl goes off to prep school to battle vampires, werewolves, or the obligatory group of rich snooty girls. It’s not filled with teenage angst and there are no interspecies love triangles. Heck, Blackstone isn’t even a school of magic. This is a simple, yet mystery-filled story about a teenager trying to figure out why weird things are happening to her. There are plenty of twists and turns as she learns who she can trust and who she can’t. She’s not out to save the world, just her own sanity, and quite possibly, her life.

The pacing is good. The story is always moving toward the next mystery, and little time is wasted on fluff that doesn’t drive the story forward. You learn about the Darkworld in bits and pieces. Not so fast as to overwhelm you, but not so slowly you become bored.

What I liked most: Darkness Watching made me feel as if I were back in college again, but with the added bonus of being in England as opposed to Missouri. I admit to being a bit of an Anglophile, so the idea of stomping around pubs, perusing ancient libraries, and exploring cemeteries in England while dabbling in magic ranks pretty high on my wish list, and the author’s writing style left me feeling as if I was right there doing it as opposed to watching a movie. Thanks, Emma.

I also enjoyed the colorful characters, although some of them seemed a little too similar, which meant I occasionally had trouble remembering who was who. Of course, I have that same problem during movies too, so perhaps it’s just me. But a few more distinguishing characteristics might have been nice.

What I didn’t like: My only real problem was that sometimes Ash avoided asking obvious questions about the Darkworld and her abilities, often deciding to keep them to herself for no apparent reason.

My only other complaint was that Ash didn’t seem to spend much time doing schoolwork. Supposedly the first year at University is the easiest, so maybe you really can get away with that, but if the next book in the Darkworld series occurs during her second year, she better spend more time in the library! :)

Oh, did I mention I’m looking forward to the sequel?

I received a free copy of this book in exchange for an honest review.

When you have a connection to the Darkworld, nowhere is truly safe.

Ashlyn has found a new home in Blackstone, but when a spate of grave robberies across the country spark fears that someone is practicing illegal sorcery, she comes under the radar of the Venantium, the protectors of the Barrier between her world and the Darkworld, who are suspicious of any sorcerer unaware of their origins.

The trouble is, what Ash does know might just get her killed.

Sufferers of the dangerous condition known as the vampire’s curse are being brutally killed, and the latest victim is Leo’s guardian, the ex-head of the Venantium. Ash determines to help Leo find out what’s really going on, but it isn’t long before events are spiralling out of control. The dead are rising from their graves, and the barriers around Blackstone are threatened by a demon which looks exactly like Ash herself…

And here's more information on the first in the series, Darkness Watching  (Darkworld #1)

Amazon   Barnes and Noble
Add on Goodreads
Read Chapter One.

“In the vein of Buffy and Supernatural, DARKNESS WATCHING found that perfect balance between the freaky and the fun.” - YA author Jen Estes

"Demons, Sorcerers, evil, and secrets. Could you ask for a better supernatural suspense set-up?...It's full of suspense, danger, evil and dark humor. The plot is original, and completely gripping. From the first page, this book had me hooked." - Rose at Desert Rose Reviews

“The story is extremely well-written with effortless, flowing prose, and the original magic-user mythology and Darkworld creatures are very entertaining. The author took what might have been over-done premise and twisted it into something very fresh and exciting.” - Lexa Cain, author of Soul Cutter

"This is a wildly different story than any I have read about demons...I loved it!" - Kathy at Bookmarks, Spoilers, and Happily-Ever-Afters 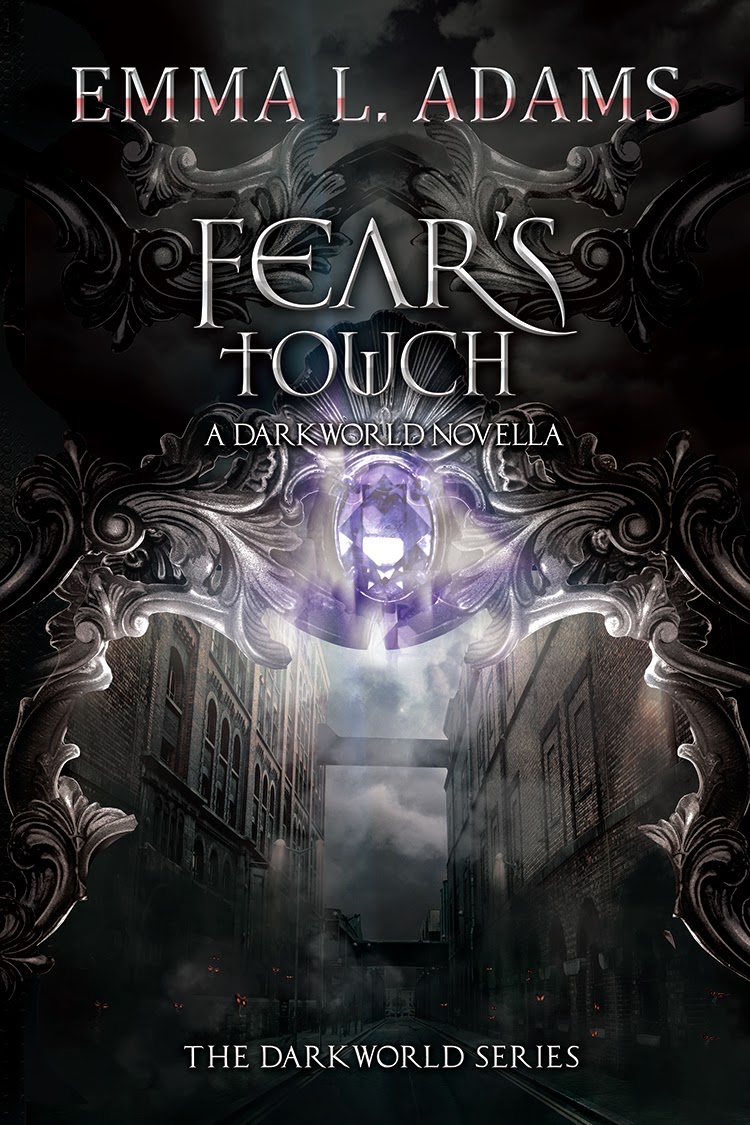 This is a standalone novella, intended as a prequel to the Darkworld series. As it takes place one year before the events of Darkness Watching, it doesn’t contain any spoilers (although it does hint at things which will come into play later in the series).

Freakish powers and staring demon eyes aren’t part of Claudia’s plans for the future – and neither is ending up stuck at the gloomy, isolated University of Blackstone. But bad life decisions are the least of her problems, when a split-second decision to help out another magic-user puts her in the crossfire of both the shadow-beasts and the creepy organisation which hunt them down.

Claudia’s never had to worry about making the right choice before, but every decision matters when you have a Darkworld connection. Soon, she’s going to have to make a choice: turn her back on the crazy and try to live a normal life, or take the monsters down.

But in a world where everyone seems to have secrets, can she really trust her fellow magic-users – or even herself? 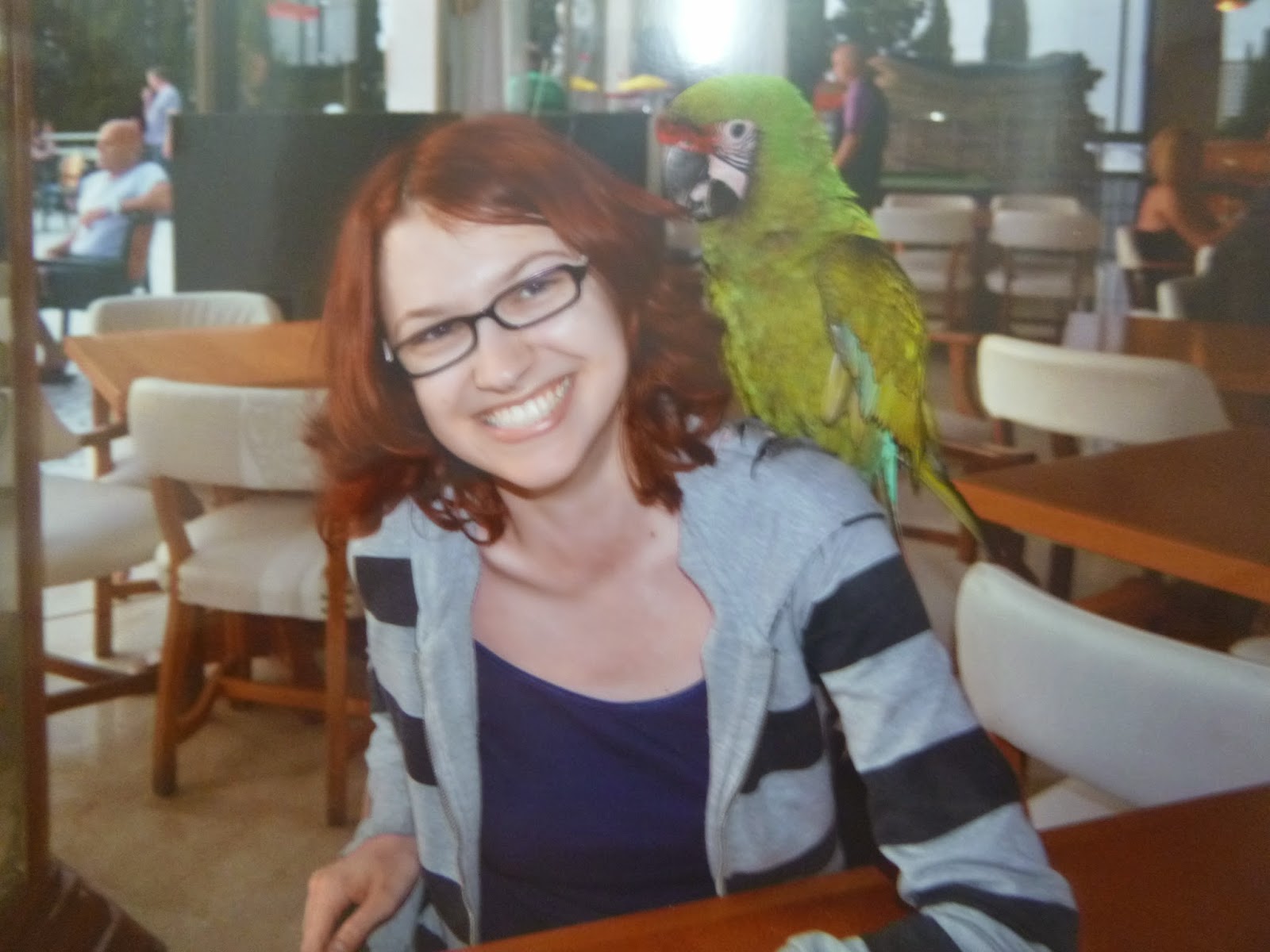 Emma spent her childhood creating imaginary worlds to compensate for a disappointingly average reality, so it was probably inevitable that she ended up writing bizarre, fantastical stories. She was born in Birmingham, UK, which she fled at the first opportunity to study English Literature at Lancaster University. In her three years at Lancaster, she hiked up mountains, skydived in Australia, and endured a traumatic episode involving a swarm of bees in the Costa Rican jungle. She also entertained her creative writing group and baffled her tutors by submitting strange fantasy tales featuring dragons and supernatural monsters to workshops. These included her first publication, a rather bleak dystopian piece, and a disturbing story about a homicidal duck (which she hopes will never see the light of day).

Now a reluctant graduate, Emma refuses to settle down and be normal. When not embarking on wild excursions, she edits and proofreads novels for various publishing houses and reads an insane number of books. At the age of 21, she signed a publishing contract with Curiosity Quills Press for the first book in her creepy urban fantasy Darkworld series. DARKNESS WATCHING was published in October 2013, the first in a five-book series. Emma’s books tend to contain monsters, magic, and wildly inappropriate humour.